Since PCL is a rare malignancy, large data-based studies targeting the epidemiology, clinical behavior, prognostic factors, and treatment options of PCL are unavailable. Early-stage PCL does not present with specific symptoms, therefore, diagnoses are often delayed until adverse symptoms are observed. Often times, prognosis is poor and early mortality rates are high at diagnosis. Although no standard therapy exists for PCL, chemotherapy is a common treatment option that may reverse prognosis.

A team of researchers from Fuzhou, Fujian Province, China conducted a retrospective cohort analysis to assess the incidence, prognostic factors, and clinicopathological data associated with PCL by using the Surveillance, Epidemiology, and End Results Program (SEER) database. Diagnoses of PCL and disease incidence in the SEER database between 1975 and 2016 were included in the study. Overall survival (OS) and cause-specific survival (CSS) were also measured.

The investigators enrolled 144 patients (median age of onset, 68 years; 55.6% men). The majority (78.5%) of patients with PCL were white and the most common histologic type was diffuse large B-cell lymphoma (DLBCL; 63.9%). In addition, 70.8%, 14.6%, and 17.4% of patients received chemotherapy, surgery, and radiotherapy, respectively. The incidence of PCL was 0.011/100,000, which was predominantly observed older patients and those who were men. No significant differences in incidence of PCL were observed among different races.

Limitations of the study included selection bias due to the retrospective nature of the study and the data lacking a more detailed treatment regimen, disease status, and efficacy assessment.

“Approaches that incorporate surgery instead of radiotherapy could further improve survival. The results of this study can be used as an important basis for improving treatment options as well as the prognosis of patients with PCL in the future,” the researchers wrote. 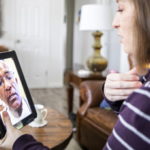 Seven Things to Consider When Transitioning to Telemedicine During COVID-19