Kaposi sarcoma (KS) is a type of cancer in which patches of abnormal tissue grow under the skin or mucous membranes in the mouth, nose, and anus. The cancer can also involve the lungs, GI tract, and other organs. Kaposi sarcoma tumors usually manifest as bluish-red or purple bumps. It is common for the lesions to first appear on the feet, ankles, thighs, arms, hands, face, or other parts of the body, but they can also occur on sites inside the body. Other symptoms of the disease may include bloody sputum and shortness of breath.

Before the AIDS epidemic, Kaposi sarcoma was rare, progressed slowly, and was mainly seen in older men, organ transplant patients, or African men. In patients with AIDS, the cancer moves quickly and can be deadly; in these individuals, the disease is caused by an interaction between HIV, a weakened immune system, and the human herpesvirus-8 (HHV-8). People who have organ or kidney transplants also have an increased risk of Kaposi sarcoma.

Treatment of Kaposi sarcoma is dependent on how much the immune system is weakened, the number and location of tumors, and symptoms. Options for treatment include antiviral therapy if AIDS is present, combination chemotherapy, cryotherapy, or radiation therapy. Many patients experience tumor recurrence even after being treated. 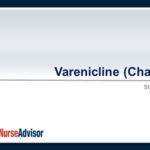