(HealthDay News) — Health information gleaned online can alter parents’ views on the advice they get from a pediatrician, according to research scheduled to be presented at the annual meeting of the Pediatric Academic Societies, held from May 6 to 9 in San Francisco.

The researchers presented 1,374 parents with a vignette of a child who’d had a rash and worsening fever for three days. The parents had at least one child, and the parents’ average age was 34. The participants were split into three groups. One group was then given online information describing symptoms of scarlet fever, while a second group viewed information on select symptoms of Kawasaki disease. A third group of parents — the control group — saw no online information. All of the parents were told that a doctor had diagnosed the child with scarlet fever.

In general, the investigators found, parents who viewed information on scarlet fever were more likely than the control group to trust the pediatrician’s diagnosis. In contrast, parents who’d seen information on Kawasaki disease were more skeptical. Only 61.3 percent of parents in the Kawasaki group trusted the doctor’s diagnosis — versus 81.0 percent of parents in the control group. Of the parents in the scarlet fever group, 90.5 percent trusted the doctor’s conclusion.

“These computer-generated diagnoses may mislead patients or parents and cause them to question their doctors’ medical abilities and seek a second opinion, thereby delaying treatment,” lead researcher Ruth Milanaik, D.O., pediatrician and associate professor at the Hofstra Northwell School of Medicine in Hempstead, N.Y., said in a statement. 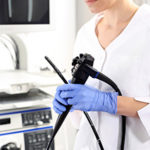