Microsoft’s current Windows release shows the company is bending over backward to win back the mouse-and-keyboard crowd. Oncology nurses, as well as other Windows users, who reacted to Windows 8 in askance can take heart. With the release of Windows 10—there will be no Windows 9—this past summer, Microsoft made it simple once again to navigate its operating system with a keyboard-and-mouse.

Moreover, the Redmond, California, goliath brought back other features, such as the Start Menu, that made Windows such a hit in previous incarnations. “It’s a practical approach, which is customer first,” says Satya Nadella, CEO of Microsoft.

“Specifically, the reorientation caters to those using a mouse and keyboard; therefore, nurses familiar with the traditional look of Windows 7 and Windows XP will not have to figure out Windows 10—they will be able to simply use it intuitively.

“But nursing departments will need to strongly advocate the need for the upgrade,” given that many health care IT departments already have a long, software upgrade to-do list, he adds.

Indeed, given the growing pains associated with a major software change such as moving to Windows 10, some in oncology care are simply taking a wait-and-see approach.

“We have no immediate plans” to upgrade to Windows 10, says Shelly H. Glenn, chief marketing and sales officer at the Florida Cancer Specialists & Research Institute.

Officially unveiled with great fanfare by Microsoft in January 2015, Windows 10 is an apology to millions of PC users, who were relegated to after-thought status when Microsoft rolled-out Windows 8 a few years ago.

Back then, Microsoft bet big it could abandon traditional Windows computing. Its plan: Literally strong-arm Windows users to adapt to a completely reconfigured user interface driven by touch-screen controls. Microsoft lost big on that bet, as users rejected Windows 8 in droves.

Chastened, the company responded with a completely reconfigured operating system that brings back many of the cherished features of earlier versions, while incorporating some tasty new additions.

Sure, three quarters of your desktop to the right still offers the touch-screen tile access to your programs that Microsoft so desperately wanted everyone to embrace. But you can simply ignore those or slowly integrate those tiles into your work-style at your leisure.

PC boots straight to the desktop. Perhaps most infuriating about Windows 8 was Microsoft’s insistence that your PC boot directly to a touch-screen tile interface that, initially, no one understood. With Windows 8, essentially you turned on your PC, watched it glow to life in a completely unrecognizable environment, and began a bewildering journey into total confusion.

No longer with Windows 10. Once again, your PC starts up with the familiar desktop interface made popular in pervious versions of the operating system. 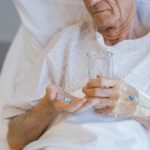 Knowledge, Experience With Opioid Use Disorders Varies Among Oncology Clinicians