The use of superlatives such as breakthrough, revolutionary, miracle’ or other grandiose terms to describe cancer drugs was found to be common even when drugs were not yet approved, had no clinical data, or not yet shown overall survival benefits, according to an article published by JAMA Oncology (2015; doi:10.1001/jamaoncol.2015.3931).

The omission of medical context or the use of inflated descriptions can lead to misunderstandings among readers. Vinay Prasad, MD, MPH, of the Oregon Health & Science University in Portland, and coauthors examined the use of modest and superlative descriptors in news articles regarding cancer drugs.

The authors searched for 10 superlatives (breakthrough, game changer, miracle, cure, home run, revolutionary, transformative, life saver, groundbreaking, and marvel) in conjunction with the term cancer drug in a Google news search between June 21, 2015, and June 25, 2015. The authors found 94 articles from 66 news outlets with 97 superlative mentions meeting the study criteria and referring to 36 specific drugs. Half of the drugs described had not yet received US Food and Drug Administration approval for at least 1 indication.

The most common class of drugs referenced was targeted therapy (17 of 36), 9 cytotoxic drugs, 5 immunotherapy checkpoint inhibitors, 3 cancer vaccines, 1 radiotherapy, and 1 gene therapy. Superlatives were used most often to refer to targeted therapy and an immunologic checkpoint inhibitor. Superlatives were used in the absence of clinical data for 5 of the 36 drugs (14%), according to the results.

Most of the 97 superlatives were used by journalists (55%); physicians (27%); industry experts (9%); patients (8%) and 1 member of Congress (1%). In 55% of the cases, the superlative was used by the author of the article without any other attribution.

“A range of speakers used superlatives but the majority are journalists (55%), who may not have the expertise to identify the most promising medical therapies, or what magnitude of benefit warrants a superlative. The use of superlatives is common in cancer research news articles. Some of this use may be questioned,” the authors concluded. 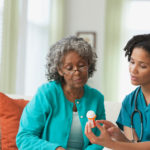