Caring for a family member or close friend with cancer is a difficult task that can be accompanied by significant negative consequences for the caregiver. The patient may benefit from the care, and demonstrate an improvement in health, but often this positive result occurs at the expense of the caregiver’s health. In a recent study, researchers found the physical health of caregivers declined steadily in a cascade of events initiated by symptoms of depression without other indications of failing physical health.

For their research, Kelly M. Shaffer, PhD, and her team at Memorial Sloan Kettering Cancer Center, in New York, New York, and at the University of Miami, Florida, recruited cancer survivors from a number of state cancer registries. The participants had received a diagnosis of one of several common types of cancer and named an adult family member or close friend as their caregiver during his or her illness. To qualify for the study, the caregiver had to be age 18 years or older, fluent in either English or Spanish, and a resident of the United States.

The study included 664 cancer caregivers, with twice as many women as men. The women, who were often caring for their spouses, were mostly middle-age, well educated, primarily employed, and in good health when the project began. They said that although caring for their family member was somewhat stressful, undertaking such a vital responsibility increased their self-esteem. The male caregivers in the study were typically older, had a high school education, and had an annual household income of $40,000, and were not caring for their spouse but for someone else. Although the patients the men were caring for had better cancer prognoses than those being cared for by the women, the male caregivers reported that their own physical health was poorer at the start of the study than did the female caregivers.

The investigators note that symptoms of depression are common among the caregivers of cancer patients. There are many challenges and stressors implicit in providing optimum care for someone so ill. When the patient is a spouse or other loved one, the challenges are that much greater, and the risks for becoming burned out, depressed, and physically ill become more prevalent.

The researchers point out that in some situations depressive symptoms in a caregiver are the only indication that a caregiver is becoming physically ill. If symptoms are present, the clinician should assess how severe the depression is and treat it, utilizing any combination of medication, relaxation, meditation, or exercise that is effective. This would treat the depression and the stress, and possibly prevent physical illness from developing. 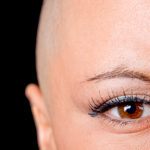