Advances in adoptive cell therapies and immune checkpoint blockades are fueling a renaissance in cancer immunotherapy, recently recognized by the journal Science as 2013’s “scientific breakthrough of the year”. But experts say that realizing the full potential of this treatment modality will ultimately involve therapeutic combinations to overcome the different mechanisms with which tumors and their microenvironments hijack patients’ immune systems.

Immunotherapy has been described as a “fourth weapon” in oncology’s arsenal—a class of treatments that, unlike traditional chemotherapy, radiotherapy, or surgery, includes agents designed to enlist the patient’s immune system rather than attacking tumors directly.1

Early immunotherapies did not yield dramatic clinical improvements, partly because of increasing genomic instability and genetic heterogeneity as tumors progress.2 But now, the field is enjoying a renaissance, thanks to advances in cancer vaccines and cell-based therapies, immune checkpoint blockades, and monoclonal antibodies (mAbs)—and importantly, novel combination therapies involving mAbs.2,3

For some patients, the immunotherapy benefits have been dramatic—dramatic and promising enough that the journal Science departed in December 2013 from a tradition of focusing on nonclinical research to name cancer immunotherapy as “the breakthrough of the year”.1,3 Anecdotal reports abound of patients with advanced and metastatic tumors surviving several years following immunotherapy.3 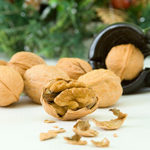 Supplement use with cancer treatment: Helpful or harmful?