Treatment with a higher total cumulative dose of cisplatin, young age, and concomitant furosemide administration are associated with an increased risk of ototoxicity in childhood cancer survivors treated with platinum-based therapy, according to a study published in the European Journal of Cancer.1

Platinum-containing chemotherapeutic agents are efficacious for the treatment of various pediatric malignancies; however, these drugs, particularly cisplatin, can induce ototoxicity.

Because large cohort data on the ototoxicity of childhood cancer survivors who received platinum agents without cranial irradiation are limited, researchers sought to assess the frequency of, and factors associated with, ototoxicity in a multicenter, cross sectional cohort of pediatric cancer survivors.

For the study, investigators analyzed treatment data and audiograms from 451 childhood cancer survivors who received platinum agents but not cranial irradiation.

Future studies are warranted to confirm the additive risk of simultaneous administration of furosemide on the development of ototoxicity. 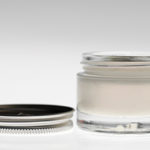 Vaginal Ring/Cream May Be Feasible for Urogenital Atrophy