Early detection and treatment are important because of the potentially profound effects on patients’ quality of life, including neuropsychiatric sequelae.3 CRN can also be fatal due to cerebral edema-associated elevated intracranial pressure and herniation or cerebral hemorrhage.3-6

No clinical definitive guidelines exist for its treatment but surgery and corticosteroids can slow or halt CRN progression and several other treatment strategies are undergoing development, including low-dose bevacizumab, pentoxifylline, and hyperbaric oxygen therapy.4-7 Minimally invasive laser interstitial thermal ablation is also under study.6 Treatments have not yet been compared in prospective, head-to-head clinical trials, however.

Despite advances in molecular pathology of CRN, its physiological underpinnings are still not entirely understood, but among patients with lung cancer and brain metastasis, oncogenic driver EGFR or ALK mutations and treatment with tyrosine kinase inhibitors appear to increase CRN risk.1,2,4,5 Inflammatory cytokine pathways and edema are believed to be involved in CRN progression. Radiation modality, dose, treatment volumes, and fractionation schedules appear to be modulating factors, as might immunotherapy or concurrent chemotherapy, although the latter associations remain controversial.1,2,4,5 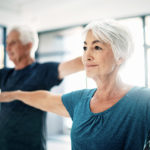