Everolimus, a drug presently used to slow tumor growth, may also combat infertility caused by standard chemotherapies. In a study published in the Proceedings of the National Academy of Sciences, researchers found that mice treated with a combination cyclophosphamide and everolimus or INK128, which slow tumor growth, had twice as many offspring as mice that were treated with cyclophosphamide alone. 1 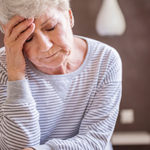