Oral curcumin does not significantly reduce radiation dermatitis severity (RDS) in patients with cancer who receive radiation therapy (RT) compared with placebo, according to a study published in Supportive Care in Cancer.

Radiation dermatitis is one of the most frequently occurring adverse events among patients with cancer undergoing ionizing RT, and negatively impacts quality of life and may interrupt treatment. Evidence from previous studies have suggested that oral curcumin — a component of turmeric — may reduce RDS at the end of radiation therapy.

For this phase 2 study, researchers randomly assigned 686 patients with breast cancer to placebo or curcumin 500 mg 3 times a day throughout the course of RT and for 1 week after completion. Patients underwent assessment at baseline, weekly after the fifth RT session, at the end of RT, and 1 week after completing RT. Additionally, the RDS scale was utilized to determine the clinical skin rating.

No statistically significant differences were observed in symptom, pain, and quality of life between the study arms. 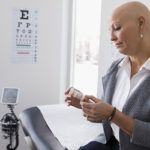