Celecoxib plus megestrol acetate (MA) does not improve cachexia in patients with gastrointestinal cancer compared with MA alone, according to a study published in Supportive Care in Cancer.

MA is a commonly used treatment for cachexia, a condition characterized by weakening and wasting away commonly observed among patients with cancer. Studies have shown that cachexia may be mediated by inflammatory processes, making anti-inflammatory products such as COX-2 inhibitors a potential therapeutic option.

Patient characteristics were comparable at baseline, and 60 and 33 patients were evaluable after the first and second months, respectively.

Similarly, other measures of the study — such as quality of life and appetite score — did not significantly differ between the 2 study arms, but the within-group changes were significant for both treatment groups.

The authors concluded that “results of the present study failed to show that adding celecoxib (200 mg/day) to megestrol (320 mg/day) could enhance anticachexic effects of megestrol. However, patients used MA plus placebo and those who used the combinational regimen both experienced improvements relative to baseline.” 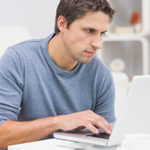