Axatilimab, a novel treatment strategy, was found to be effective with a favorable safety profile for chronic graft-versus-host disease (cGVHD), according to study results published in the Journal of Clinical Oncology.

The most common late complication of allogenic hematopoietic cell transplant is cGVHD, affecting up to 70% of patients and associating with morbidity and mortality. In early-phase clinical trials, axatilimab, a high-affinity, humanized immunoglobulin (Ig)G4 monoclonal antibody, was found to eliminate nonclassical monocytes from peripheral blood.

In this phase 1/2 open-label trial, optimal dosing, safety, and efficacy of axatilimab was evaluated in 40 patients ages 6 years and older who had refractory cGVHD.

The overall response rate at cycle 7 was 50% and the best response rate was 69%. Responses were similar in patients with moderate (83%) and severe (67%) cGVHD and in patients who were pretreated with ruxolitinib (65%), ibrutinib (58%), and belumosudil (50%).

The median time to response was 4 to 5 weeks and the median duration of axatilimab exposure among responders was 38 weeks.

This study found evidence supporting the development of axatilimab for the treatment of cGVHD and is currently being investigated in the ongoing trial AGAVE-201.

Disclosure: Some authors declared affiliations with biotech, pharmaceutical, and/or device companies. Please see the original reference for a full list of disclosures. 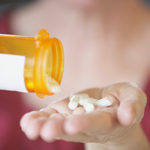