Why do the antibody drugs have such long names? Does any of that gobbledygook mean anything?

The generic names of most medications indicate their structure and pharmacological class (eg, penicillin and amoxicillin). Monoclonal antibodies are similar, and their names are quite descriptive once you are familiar with the nomenclature. Antibody names are comprised of four main sections: Prefix / Target class / Source / Stem

When breaking down an antibody name, I usually start with the stem, or end of the word. Most currently marketed antibody names end with –mab, which indicates that the drug is a monoclonal antibody.

The next-to-last syllable refers to the source of the antibody. This is not referring to the organism that was used to synthesize the antibody, but to the species on which the structure of antibody was based (eg, to look like an antibody observed in mice).  Some commonly used source terms include:

The next preceding syllable is the target class, referring to the therapeutic use of the drug and/or the targeted types of disease states. Note, these may not always match up with all the uses of a drug in clinical practice, but are typically associated with the targeted disease states at the time the drug was in development. Some commonly used examples include:

The prefix is the first 1 or 2 syllables, which are designated by the manufacturer developing the drug. These must follow certain guidelines, and should also be designed in a way that reduces the risk of look-alike sound-alike medication errors.1 Here are two examples of how the above nomenclature is used in drugs currently on the market.

Rituximab (Rituxan) is a monoclonal antibody (-mab) that is chimeric (-xi-) and one of its uses is to treat cancer (-tu-). Knowing that the drug is chimeric can be beneficial; typically drugs that are less human-like (eg, chimeric or mouse) may have higher rates of infusion reactions than antibodies with more human components (eg, humanized or human). 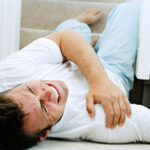