A team has reported the first successful use of a targeted therapy drug to treat a patient with a debilitating, recurrent brain tumor.

In a paper published in the Journal of the National Cancer Institute (doi:10.1093/jnci/djv310), the researchers report that treatment with the BRAF inhibitor dabrafinib led to shrinkage of a BRAF-mutant craniopharyngioma that had recurred even after 4 surgical procedures. More than 1 year after dabrafinib treatment, which was followed by surgery and radiation therapy, the patient’s tumor has not recurred.

“This is the first time that a systemic therapy has shown efficacy against this type of tumor,” said co-lead author Priscilla Brastianos, MD, of the Massachusetts General Hospital (MGH) Cancer Center. “This has the potential of completely changing the management of papillary craniopharyngiomas, which can cause lifelong problems for patients, including visual defects, impaired intellectual function, and pituitary and other hormonal dysfunction.”

Craniopharyngiomas are pituitary tumors that, while technically benign, can cause serious problems because of their location near critical structures, such as optic and other cranial nerves and the hypothalamus.

Not only does the growing tumor compromise neurologic and hormonal functions by impinging on these structures, but treatment with surgical resection or radiation therapy can produce the same symptoms by damaging adjacent tissues. In addition, since the tumor can adhere to nearby brain and vascular structures, complete removal is difficult, leading to often rapid recurrence.

The patient described in the paper came to the MGH Emergency Department with confusion, impaired vision, severe headaches, and vomiting 7 months after he underwent surgery for a brain tumor in another country. CT scan revealed a 4-cm cystic tumor that was pressing against midbrain structures and blocking drainage of cerebrospinal fluid.

While his symptoms improved after resection of part of the tumor, they did not disappear; and 6 weeks later the patient returned to MGH, this time in a nearly comatose condition.

MGH neurosurgeons again removed the tumor, which was confirmed to be a BRAF-mutant craniopharyngioma. But 2 weeks later, before planned radiation therapy could be carried out, his condition again deteriorated into a minimally responsive state, leading to a fourth emergency surgery.

Seven weeks later the patient was back at the hospital with progressive vision loss; an MRI showed that the tumor had once again recurred. Since the growth of this tumor was likely driven by the BRAF mutation, which is known to drive the growth of melanomas and other malignant tumors, the team decided to try treatment with dabrafinib, which is FDA approved for the treatment of BRAF-mutant melanomas.

After only 4 days of treatment, the patient’s tumor was approximately 25% smaller, and by day 17, the tumor was half the pretreatment size and the surrounding cyst was 70% smaller. On day 21, the treatment team added the MEK inhibitor trametinib, which is known to enhance the effects of BRAF inhibition, to the protocol; and by day 35 both the tumor and the cyst were more than 80% smaller than their pretreatment size.

Endoscopic surgery to remove accessible tumor was performed on day 38, and drug treatment was stopped a week later, soon followed by radiation treatment. At the time the paper was written, the patient had remained symptom-free for 7 months and continues to do so more than a year after his last treatment. 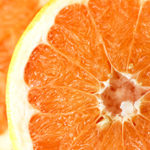