Two new studies suggest that two different classes of drugs, aromatase inhibitors (AIs) and bisphosphonates, can each improve survival prospects for postmenopausal women with early breast cancer. Moreover, the researchers suggest that the two types of drugs can be used together, increasing the benefits while also decreasing some side effects.

Most women are postmenopausal when breast cancer develops. Surgery can remove all detectable disease when breast cancer is found early, dangerous undetected micrometastases (small secondary tumors) may be left behind. Approximately 80% of breast cancers are hormone sensitive (ER-positive), which means that they can be stimulated by the body’s own hormones, such as estrogen. Endocrine treatments, which act to stop hormone stimulation of cancer cells, can help protect against breast cancer recurrence.

The Early Breast Cancer Trialists’ Collaborative Group (EBCTCG) is a worldwide collaboration set up 30 years ago by researchers at the University of Oxford, United Kingdom, to collate the evidence from all randomized trials on the treatment of early breast cancer every few years. The two reports provide the best evidence yet for the effects of AIs and bisphosphonates on postmenopausal women with early breast cancer.

The second study brings together evidence from another 20,000 women in 26 randomized trials, showing that 2 to 5 years of treatment with bisphosphonates, which are usually used to treat osteoporosis, reduces the risk of breast cancer recurrence in postmenopausal women, and also significantly extends survival. However, bisphosphonate treatment appears to have little effect in premenopausal women.

The most common site for breast cancer metastasis is bone. Tumor cells released from the primary breast cancer can remain dormant in the bone for years before spreading to other parts of the body. Bisphosphonates alter the bone microenvironment, which could make it less favorable for cancer cells and so reduce the risk of cancer recurrence in the bone and in other organs. Taken separately, previous clinical trials of bisphosphonates in early breast cancer have shown mixed results, but taking all their results together, a clearer picture emerges. 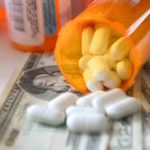