Colorectal cancer survivors who smoke cigarettes were at more than twice the risk of death than nonsmoking survivors, adding to existing evidence that cigarette smoking is associated with higher all-cause and colorectal cancer-specific mortality.

The findings come from a new study by American Cancer Society researchers in Atlanta, Georgia. It is one of the largest studies of smoking and colorectal cancer survival and the first study to prospectively collect both pre- and postdiagnosis smoking information. The study was published in the Journal of Clinical Oncology (2015; doi: 10.1200/JCO.2014.58.3831).

The authors said a plausible explanation is that smokers have pathologically more aggressive tumors, or that smoking may decrease the efficacy of colorectal cancer treatment. 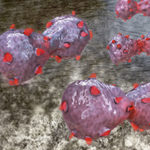