Inhibiting the protein Sirtuin1 (SIRT1) may be a future treatment option for metastatic Ewing sarcoma, according to new research published in Cancer Research (2014; 74(22):6578-6588).

Ewing sarcoma is the second most common bone cancer and affects children and adolescents. Currently, if it is diagnosed in time and has not metastasized, 80% of cases can be cured. However, in 25% to 30% of cases, the disease has already metastasized when it is diagnosed. Then, the survival rate is only 30%.

Researchers at the Bellvitge Biomedical Research Institute (IDIBELL) in Barcelona, Spain, led by Oscar Martínez Tirado, PhD, participated in an international study in which inhibition of SIRT1 protein is suggested as a future treatment option for metastatic Ewing sarcoma.

The study demonstrated that overexpression of SIRT1 is very significantly correlated with metastasis in samples from patients with Ewing sarcoma. In addition, SIRT1 overexpression is associated with poor prognosis.

“This is a new marker of metastasis, which also can be inhibited with specific drugs,” explained Tirado. “This opens the door to treatment of these tumors that are so aggressive.”

Previous studies show that the NOTCH pathway acts as a tumor suppressor in Ewing sarcoma and that the SIRT1 protein is one of those responsible for keeping it inhibited so that the cancer can continue developing up to the stage of metastasis.

The authors stated “these findings suggest a mechanistic rationale for the use of SIRT1 inhibitors being developed to treat metastatic disease in patients with Ewing sarcoma.”

The next step in this international collaboration is to make toxicity tests for SIRT1 inhibitors to raise a European clinical trial aimed at improving the treatment of patients with metastatic Ewing sarcoma. 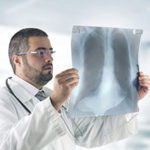 Epigenetic drug boosts efficacy of chemotherapy in some lung cancers