Poor baseline global quality of life (QOL) scores did not predict for worse overall survival or recurrence-free survival or greater risk of adverse events. This was the finding from a multi-center, longitudinal study of high-risk lung cancer patients who underwent sublobar resection. It was presented by Bryan F. Meyers, MD, on behalf of the Alliance for Clinical Trials in Oncology at the 94th American Association for Thoracic Surgery Annual Meeting, in Toronto, Ontario, Canada.

QOL is rarely reported in surgical publications, yet it can be an important metric for physicians and patients to use when making treatment decisions. Prior studies of patients at average risk undergoing lobectomy suggested that low baseline QOL scores predict worse survival in patients undergoing non-small cell lung cancer surgery. The results of this study counter that idea.

“The longitudinal quality of life information now available from this study can be factored into clinical decision-making for high-risk lung cancer patients facing surgery,” commented lead investigator Hiran C. Fernando, MD, Chief of the Division of Thoracic Surgery, Boston Medical Center in Massachusetts. The results of this study suggest that having poor global quality of life initially should not exclude patients as surgical candidates based on unfounded expectations of poor survival.

The results were generated as part of the Alliance Study (ACOSOG Z4032), in which high-risk operable patients with biopsy-proven stage I lung cancers of 3 cm or less were randomized to sublobar resection or sublobar resection with brachytherapy. Two hundred and twelve patients were eligible for the study. Global QOL using the SF-36 (physical [PCS] and mental [MCS] components) were measured at baseline, 3, 12, and 24 months after surgery, as was difficult or labored breathing (dyspnea) using the University of California San Diego (UCSD) scale.

The median length of follow-up on alive patients was more than 4 years. Because no differences were found between surgical groups for PCS, MCS, or UCSD measures at any time, the two surgical groups were combined for data analysis.

In these lung cancer patients, who were generally age 70 years or older and had poor initial lung function, baseline PCS and MCS scores (that were lower than the US normal values) did not predict poor survival. What did impact overall survival was having breathing problems as measured by low UCSD scores at baseline or experiencing a significant decline in breathing function at 12 months.

The study also found that global QOL and dyspnea did not deteriorate significantly after sublobar resection. Those who experienced a significant decline in PCS, MCS, or UCSD at 3 months showed no difference in recurrence-free survival compared to those who showed no such changes.

There were some indications that the surgical technique affected QOL, with better results associated with video-assisted thoracic surgery rather than thoracotomy, and with wedge resection rather than segmentectomy. 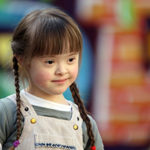 Link between Down syndrome and leukemia discovered