Skin cancer cells work together to spread further and faster, according to a new study. The discovery could lead to new drugs to tackle melanoma, the most deadly form of skin cancer.

Cancer Research UK scientists at The University of Manchester in the United Kingdom found that some melanoma cells are particularly fast growing, but not very good at invading the surrounding tissue, while other melanoma cells are the opposite, highly invasive but slow-growing.

In a tumor, the faster growing cells piggy-back along with the more invasive cells so together they can be more effective in establishing a new tumor once they have reached other parts of the body. Their study was published in Cell Reports (2014; doi:10.1016/j.celrep.2014.06.045).

The scientists conducted the research using see-through zebra fish so that they could see how the cancer cells moved and expanded from the original tumor.

“We used to think that cancer cells spread by first specializing in invading other parts of the body and then change in order to grow rapidly. But this research shows that melanoma can spread by co-operative invasion,” said study author Claudia Wellbrock, PhD, of The University of Manchester. “Different types of cancer cells with different strengths and weaknesses are both present in the tumor at the same time and can work together to spread faster and more efficiently. This has profound implications for how we find cures for this terrible disease.”

Melanoma is the most dangerous form of skin cancer, and the incidence rates of malignant melanoma have increased more than fivefold since the mid 1970s.

“Malignant melanoma is the most deadly form of skin cancer precisely because it spreads quickly and aggressively. This kind of research is vital for establishing how this horrible disease spreads around the body and how we might be able to stop it,” said Professor Richard Marais, PhD, director of the Cancer Research UK Manchester Institute. “As well as finding more effective treatments for advanced melanoma, we also need to stress the importance of early diagnosis, detecting tumors before they have a chance to spread.” 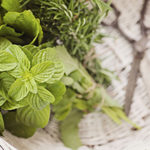