CRC is the third most common cancer for both men and women, and the second leading cause of cancer deaths in the United States. Screening and early treatment prevent CRC deaths; approximately 90% of people with CRC found early and treated are still alive 5 years later.

A new study found that patients at community health centers who received follow-up were more than twice as likely to complete an at-home colon cancer-screening test. This was true even though most patients in the study were poor, uninsured, had limited English proficiency, and had low health literacy.

“With electronic health records, we can set up inexpensive systems to remind patients to do annual home colon cancer screening tests and achieve a very high compliance rate,” said study author David Baker, MD, chief of internal medicine and geriatrics and professor of medicine at Northwestern University Feinberg School of Medicine, Chicago, Illinois. “We achieved success even for patients with multiple financial, literacy, and cultural barriers to CRC screening.”

Colonoscopy is the most common CRC screening method in the United States, even though the procedure is expensive and invasive. Fecal occult blood testing (FOBT), used in this study, is an effective alternative.

FOBT can be done at home on a single stool sample, but must be performed annually to catch colon cancer before it becomes too advanced to cure. This study showed that patients would adhere to an annual at-home testing schedule for CRC.

Baker and his colleagues identified 450 patients, mostly uninsured Latino women, who received their care through a network of community health centers in Chicago. All had had a negative result with a previous at-home FOBT.

Patients were divided into two groups: a usual care group and an intervention group. Usual care included computerized reminders, standing orders to give patients home tests, and provider feedback. The intervention group received usual care plus: a mailed reminder letter; a free home test with low-literacy instructions and a postage-paid return envelope; automated phone/text messages reminding them that they were due for screening and a home test was being mailed to them; automated phone/text reminders 2 weeks later for those who did not return the home test; and personal outreach from a trained professional after 3 months if a test was not completed.

“This intervention increased adherence to annual colorectal cancer screening,” Baker said. “It is possible to improve annual screening for vulnerable populations with low-cost strategies. Earlier detection of cancer through screening will save lives.” 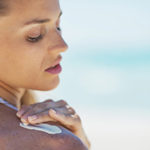