Tumor cells with mutated p53, which is mutated in about half of all cancers, can be made much more vulnerable to chemotherapy by blocking another gene called MK2. In a study of mice, tumors lacking both p53 and MK2 shrank dramatically when treated with the drug cisplatin, while tumors with functional MK2 kept growing after treatment.

The findings suggest that giving cancer patients a combination of a DNA-damaging drug and an MK2 inhibitor could be very effective, said senior author Michael Yaffe, MD, PhD, the David H. Koch Professor in Science at the Koch Institute for Integrative Cancer Research at Massachusetts Institute of Technology in Cambridge. The paper describing the research was published in Cell Reports (2013; doi:10.1016/j.celrep.2013.10.025).

Several drugs that inhibit MK2 are now in clinical trials to treat inflammatory diseases such as arthritis and colitis, but the drugs have never been tested as possible cancer treatments.

“What our study really says is that these drugs could have an entirely new second life, in combination with chemotherapy,” said Yaffe. “We’re very much hoping it will go into clinical trials” for cancer.

“Usually p53 is the main driver of cell death, and if cells lose this pathway they become very resistant to different treatments that cause cell death,” said lead author Sandra Morandell, PhD.

This study used a strain of mice that are genetically programmed to develop non-small cell lung tumors. The researchers further engineered the mice so they could reversibly turn the MK2 gene on or off, allowing them to study tumors with and without MK2 in the same animal.

This new approach allows them, for the first time, to compare different types of tumors in the same mice, where all genetic factors are identical except for MK2 expression. Using these mice, the researchers found that before treatment, tumors lacking both MK2 and p53 grow faster than tumors that have MK2. This suggests that treating tumors with an MK2 inhibitor alone would actually do more harm than good, possibly increasing the tumor’s growth rate by taking the brake off the cell cycle.

However, when these tumors are treated with cisplatin, the tumors lacking MK2 shrink dramatically, while those with MK2 continue growing.

The potential combination of cisplatin and MK2 inhibitors is unlike other chemotherapy combinations that have been approved by the Food and Drug Administration, which consist of pairs of drugs that each show benefit on their own. “What we found is a combination that you would never have arrived at otherwise,” Yaffe said. “It’s a nonobvious combination.”

While this study focused on non-small cell lung tumors, the researchers have gotten similar results in cancer cells grown in the lab from bone, cervical, and ovarian tumors. They are now studying mouse models of colon and ovarian cancer. 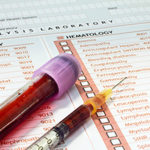