In a comparison of the three strategies, Julia C. Gage, PhD, MPH, of the Division of Cancer Epidemiology and Genetics at the National Cancer Institute in Bethesda, Maryland, and colleagues analyzed data from the Kaiser Permanente Northern California (KPNC) large integrated health delivery system, which screened women age 30 to 64 years since 2003 with both HPV and Pap tests. Data were available through 2012, and more than 1 million women were screened at approximately 3-year intervals, with a mean follow-up time of 4.36 years. For each testing strategy, they estimated the cumulative risk of cervical cancer after a negative test result.

However, the authors note that a screening program based on only one or the other test alone, rather than a cotesting program such as that at KPNC, might give somewhat different estimates. They urge studies of screening programs in different health care settings and populations to identify the optimal screening strategy and interval.

In an accompanying editorial, Jane J. Kim, PhD, of the Harvard School of Public Health, Department of Health Policy and Management and the Center for Health Decision Science in Boston, Massachusetts, also cautioned that the data reflect management based on cotesting and noted that the HPV test approved for primary screening specifically assays the two highest-risk HPV types (16 and 18) that account for 70% of cervical cancers but pools the assay for the other 12 HPV strains (J Natl Cancer Inst. 2014; doi:10.1093/jnci/dju213).

However, despite these caveats, Kim concluded that the authors “… provide timely evidence from the United States that HPV primary testing can provide equal or more reassurance against cancer risk than strategies currently recommended by guidelines.” 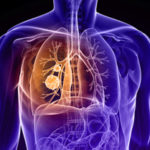