Multivitamin/mineral supplements are the most commonly consumed dietary supplements among US adults. They usually contain 20 to 30 vitamins and minerals, often at levels of 100% of US recommended dietary allowances (RDA) or less, and the usual label recommendation is to take them daily.

This research was conducted as part of the Women’s Health Initiative (WHI) Clinical Trials and the Women’s Health Initiative Observational Study. Combined, the two studies include data from 161,608 postmenopausal women age 50 to 79 years when they first joined the study. These women were enrolled at 40 clinical centers throughout the United States during 1993 to 1998.

After enrolling in the WHI and during repeated follow-up visits, all participants provided extensive information about their health, including whether they had taken a multivitamin/mineral supplement at least once a week during the prior 2 weeks. About 38% of the 7,728 women who developed invasive breast cancer during the WHI were using the supplements. Most of the women were taking the supplements before their breast cancer diagnosis.

A comparison of mortality rates revealed that women with invasive breast cancer who took multivitamin/mineral supplements were 30% less likely to die from their cancers than women with invasive breast cancer who had not taken the supplements. The reduced risk of death was still found to be associated with regularly using the supplements, even after many possibly confounding factors were considered.

“Controlling for these other factors strengthens our confidence that the association we observed—between taking multivitamin/mineral supplements and lowering breast-cancer mortality risk among postmenopausal women with invasive breast cancer—is a real one,” said Wassertheil-Smoller. “But further studies are needed to confirm whether there truly is a cause-and-effect relationship here,” noting that the study findings cannot be generalized to premenopausal women with invasive cancer or to other populations of women. 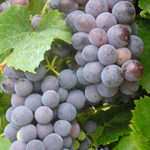