Brachytherapy after lumpectomy is an increasingly popular treatment protocol for breast cancer; however, there is conflicting data regarding its effectiveness. In addition, published suitability criteria directing patient selection for brachytherapy have not been empirically validated. This study compared the long-term likelihood of breast preservation, risks of postoperative complications and local toxicities, and validity of suitability categories of three treatment strategies after lumpectomy: EBRT, brachytherapy, and no radiation.

This study, published in the International Journal of Radiation Oncology ● Biology ● Physics (2014;88[2]:274-284), used the Surveillance, Epidemiology and End Results (SEER)–Medicare-linked database to identify 35,947 women, age 66 years and older, with invasive breast cancer (79.9%) or ductal carcinoma in situ (DCIS; 20.1%) between 2002 and 2007, and treated with lumpectomy alone (23%), lumpectomy followed by brachytherapy (3.6%), or lumpectomy followed by EBRT (73.4%). Patients with invasive breast cancer were also classified as suitable (34.7%), cautionary (17.6%), or unsuitable (35.2%) for brachytherapy based on the American Society for Radiation Oncology’s (ASTRO’s) Accelerated Partial Breast Irradiation Consensus Statement. The patients with DCIS in this study were analyzed separately. For this study, patients age 70 years and older were classified as older suitable. 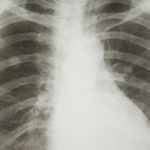