A definitive trial has indicated that low-level laser therapy (LLLT) reduces the occurrence of canker sores and improves quality of life in patients with head and neck squamous cell carcinoma (HNSCC) who are undergoing concurrent chemoradiotherapy.

Almost all patients with HNSCC develop canker sores, a complication resulting from different modalities of treatment, namely stem cell transplantation, chemotherapy, and radiotherapy. Canker sore is classified by grade (0 to 4) by the World Health Organization (WHO); severe cases (grades 3 and 4) are associated with pain, weight loss, poor quality of life, and higher hospital costs due to increased health care needs. Severe canker sore can also lead to treatment interruption, which may decrease the patient’s chances of surviving the cancer.

No effective preventive strategy is currently available for canker sores, but prospective trials of LLLT in patients with HNSCC undergoing chemoradiotherapy showed promising results. However, additional trials detected a high incidence of canker sores among patients, leaving the question of whether LLLT can effectively prevent canker sore still open.

The trial, led by Dr. Heliton Spindola Antunes at the National Cancer Institute (INCA) in Rio de Janeiro, Brazil, was conducted with 94 HNSCC patients undergoing chemoradiotherapy. They were divided into two groups of 47 patients, and one group received LLLT while the other received a placebo.

“For ethical reasons,” said Antunes, “all patients who developed canker sore grades 3 or 4 in the placebo arm were then offered the option of receiving LLLT. They all improved to grade 2 or lower, supporting the evidence that LLLT is an effective choice to prevent or treat canker sore in these patients.” 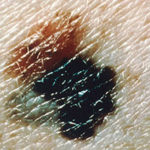