Researchers engineered a molecular on switch that allows tight control over the actions of T cells, which are immune system cells with demonstrated potential as cancer therapies. The innovation lays the groundwork for sharply reducing the severe and sometimes deadly side effects that have been a significant hurdle to advancing T cell-based treatments. This advance was published in Science Express (2015; doi:10.1126/science.aab4077).

“Right now we put engineered T cells into patients and just hope for the best,” said Wendell Lim, PhD, professor and chair of University of California San Francisco (UCSF) Department of Cellular and Molecular Pharmacology, and senior author of a new paper on the work. “This is the first of a series of ‘control knobs’ our lab is trying to create so doctors might have additional command over these cells once they’re inside the body.”

Over the past two decades, scientists pursuing cell therapy, one branch of the burgeoning field of cancer immunotherapy, have been refining cell-surface sensors known as chimeric antigen receptors (CARs). Once inserted into T cells, CARs prompt these cells to home in on particular proteins found primarily in tumors, where they launch a series of cancer-killing immune responses.

CAR-equipped T cells have proven to be remarkably successful in the treatment of various forms of chemotherapy-resistant leukemia. But CAR T cell therapy can cause side effects so serious that they may require monitoring in an intensive care unit. Several patients have died after receiving CAR T cells or other forms of engineered T cells.

“T cells are really powerful beasts,” said Lim. “They can be lethal when they’re activated. We’ve needed a remote control system that retains the power of these engineered T cells, but allows us to communicate specifically with them and manage them while they’re in the body.”

Some scientists have grappled with these problems by developing suicide switches that kill off CAR T cells if side effects become too dangerous. “But that’s like shooting your own soldiers in the back,” Lim said, “and it requires completely aborting a complex and expensive treatment.”

The team took an opposite approach, creating a new type of CAR T cell that is off by default. Similar to conventional CAR T cells, these newly developed T cells will navigate toward and interact with cancer cells, but will not launch any immune assault unless a specially designed drug has been administered. This controller drug forms a chemical bridge between components inside the CAR T cells, flipping the cells into an active, on status. When the drug is no longer present, the T cells revert to an off position.

Lim stressed that the work reported in the new paper should be considered a proof of principle—while useful for experiments, the current controller drug the UCSF team used has too short a half-life to be clinically useful—but he believes that the research provides the foundation for practical remote control of CAR T cells on the near horizon.

“That we can engineer CAR T cells to have slightly different, quite powerful effects, even if for a subset of patients or for certain types of cancer, is really remarkable,” Lim said. “And this is just the tip of the iceberg.” 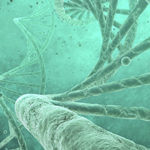