The findings, published in the British Medical Journal (2014;348:g226), suggest a double mastectomy may be an effective first-line treatment for women with early-stage breast cancer who carry a BRCA1 or BRCA2 genetic mutation. The BRCA1/2 genes belong to a class of genes that typically act to protect a person from acquiring cancer, yet women who inherit a mutated form of the genes have a high risk of developing breast and ovarian cancers.

To compare the survival rates of women with BRCA-related breast cancers, researchers assessed the medical records of 390 women with stage I or stage II breast cancer and a BRCA1 or BRCA2 mutation. The women were required to have been initially treated with a single or double mastectomy.

“Our study’s results provide evidence that in order to improve survival in women with BRCA-associated breast cancer, we need to prevent new breast cancers from developing after an initial diagnosis,” said coauthor Steven Narod, MD, FRCPC, FRSC, of Women’s College Research Institute. “This study highlights the importance of providing genetic testing for BRCA1 and BRCA2 at the time of breast cancer diagnosis if appropriate. This genetic information could help women make decisions that ultimately may increase their chance of surviving breast cancer.”

Last year, Hollywood actress Angelina Jolie publicly announced her decision to opt for a double mastectomy and breast reconstruction surgery after discovering she had the BRCA1 gene. The then 37-year-old actress said doctors estimated that she had a 50% risk of developing ovarian cancer and an 87% risk of breast cancer. 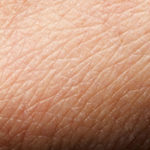