Adults with intellectual and developmental disabilities (IDD) are significantly less likely to be screened for colorectal cancer than the general population, according to a new study published in PLoS One (2015; doi:10.1371/journal.pone.0118023).

This first study of its kind found that adults in Ontario, Canada, with IDD—such as autism and Down syndrome—were almost twice as likely to not be up-to-date with colorectal tests when compared to Ontarians without IDD.

“As individuals with intellectual and developmental disabilities live longer, their risk of developing chronic conditions like cancer increases. Suboptimal screening may contribute to a greater cancer burden in this population,” said lead author Hélène Ouellette-Kuntz, PhD, professor in the Department of Public Health Sciences at Queen’s University and a scientist at the Institute for Clinical Evaluative Sciences (ICES) in Ontario, Canada.

Ouellette-Kuntz partnered with Virginie Cobigo, PhD, a professor at the University of Ottawa and a scientist with ICES to conduct the study. They examined Ontario residents ages 50 to 64 years who were with or without IDD.

Researchers were able to gather that being older, female, having a greater expected use of health care resources, and being enrolled with or seeing a physician in a primary care patient enrollment model were all significantly associated with higher odds of underdoing screening for colorectal cancer in the IDD population. Ontarians with IDD had 32% lower odds of having had a fecal occult blood test in the previous 2 years and 46% lower odds of being up-to-date with colorectal tests compared with Ontarians who did not have an IDD.

“As colorectal cancer is the third most common cancer diagnosed in Canada and is the second and third leading cause of cancer deaths among Canadian men and women, respectively, these findings highlight the need for targeted interventions aimed at making cancer screening more equitable,” said Ouellette-Kuntz. 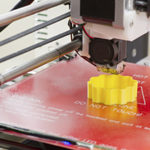