When prescribing newly approved drugs, physicians rely on data from clinical trials to understand the benefits and risks of those drugs for patients. But a study published in the Journal of Oncology Practice (2015; doi:10.1200/JOP.2015.004929) showed that for certain cancer drugs, participants in clinical trials are often not representative of the patients that ultimately take the drugs. This raises questions about the direct applicability of trial data.

“We found that patients participating in clinical trials are younger and healthier than many of the patients who are receiving these drugs in the clinical setting,” said lead author Aaron Mitchell, MD, hematology/oncology fellow at the University of North Carolina Medical Center in Chapel Hill.

Specifically, the study looked at stage III clinical trial data for four drugs that recently received FDA approval for the treatment of kidney cancer. Mitchell compared the patients who participated in the clinical trials with patients who received the drugs at both academic and community medical centers.

Mitchell reported that 39% of the patients who received the drugs would have been considered too sick to participate in the clinical trials and, therefore, would have been excluded.

“There are a lot of standard reasons why patients would be excluded from a clinical trial, but if a person will be getting the drugs in a clinical setting it is important to know if they can expect to see the same benefits or if they might experience more dangerous side effects,” Mitchell said. “Physicians can’t know for sure because the trial data do not directly apply.”

Similar studies raised these concerns around a decade ago. But it was unknown whether newer clinical trials had addressed the issue. This research shows that the issue persists, at least for the four drugs studied in this analysis. These results are even more relevant in the era of more targeted cancer treatments.

“Ten years ago, most everyone was being treated with pretty toxic chemotherapies,” Mitchell said. “Now, treatments are much better tolerated and are being prescribed to more patients with more advanced cancers.”

Physicians, however, should not bear the burden of looking more critically at trial data. According to Mitchell, the solution should involve more inclusive clinical trials. But that will not be easy to achieve.

“Pharmaceutical companies are designing trials so that they are more expedient,” Mitchell explained. “If they are being asked to enroll sicker patients, they will have to enroll more patients, making the trials much more expensive. So, in effect, you’re asking the pharmaceutical company to invest more resources when the outcome for them will largely be the same because, as we’ve found, the drugs are being prescribed regardless.”

It may be more realistic to change the perception that FDA approval is the endpoint for studying a drug’s effectiveness. This approach could include more postmarketing data collection and analysis.

“There is a lot of talk about the need to continue studying these drugs even after they have crossed that approval finish line and are being used,” Mitchell said. “We should do a better job of making sure we’re still seeing beneficial results and not unintended side effects.” 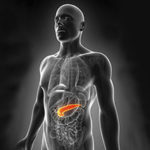 Two-Drug Combination Shows Promise Against One Type of Pancreatic Cancer