Patients with bile duct cancer could be helped by a new class of experimental drug, according to a study published in the Journal of Clinical Investigation (2015; doi:10.1172/JCI76452).

Scientists have discovered that a key pathway, known as Wnt, drives tumor growth in bile duct cancer. Experimental drugs that block the Wnt pathway are already being tested in patients with other cancers. This is the first indication that bile duct cancer may also be treatable in this way.

Researchers found that the treatment prevented the growth of bile duct cancer cells in the lab and shrank tumors in animals with the disease. They are now planning to test whether these drugs will be effective in patients.

The bile ducts are a network of tubes that drain toxins from the liver. Bile duct cancer, known as cholangiocarcinoma, is often diagnosed at an advanced stage, which makes it very difficult to treat with surgery.

Cholangiocarcinoma typically does not respond to chemotherapy. Fewer than 1 in 20 patients will survive for 5 years after diagnosis.

The study was led by the University of Edinburgh in Scotland and was funded by Cancer Research UK; AMMF, The Cholangiocarcinoma Charity; and the Medical Research Council.

“We are excited by these results because these drugs are already being tested in clinical trials for other types of cancer and could be beneficial for patients with cholangiocarcinoma,” said Professor Stuart Forbes, PhD, of the MRC Centre for Regenerative Medicine at the University of Edinburgh.

“Identifying the signals that control bile duct cancer’s growth will allow us to design better treatments that are urgently needed,” said Luke Boulter, PhD, of the MRC Human Genetics Unit at the University of Edinburgh.

“This is potentially very exciting. Cholangiocarcinoma is an under-researched, much neglected but truly devastating disease, so it is good to see progress being made in novel areas. We are hopeful that this research work with Wnt will provide a real step forward towards a clinical trial and some long awaited possible improvements in treatment,” said Helen Moremont, Chairman Trustee of AMMF, The Cholangiocarcinoma Charity. 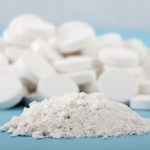