Based on the well-established WHO scale, OM is considered as “non severe” for grades 0 to 2, based on level of pain and burden for the patients. >From grade 3 to 4, OM is rated severe, based on symptoms such as pain and mouth dryness which prevents patients from drinking and eating and induces increased hospitalization and treatment breaks. With no curative or preventive treatment currently, OM represents a serious unmet medical need for the patients.

Adverse Effects Head and Neck Cancer
Next post in Headlines 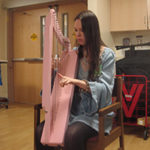