Common surgical procedures used to diagnose and treat precancerous cervical lesions do not decrease women’s chances of becoming pregnant, according to a study that followed nearly 100,000 women for up to 12 years. 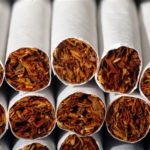