Breast cancer patients are four times less likely to have potentially lifesaving surgery if diagnosed as an emergency rather than through an urgent GP referral, according to a new data published today (Monday). 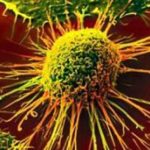