Repeated use of some types of antibiotics may put people at increased risk of developing type-2 diabetes by possibly altering their gut bacteria, according to a large observational study published today in the European Journal of Endocrinology. 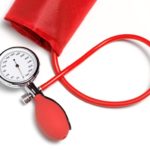