The number of men with breast cancer who undergo surgery to remove the unaffected breast has risen sharply, according to a new report by American Cancer Society and Dana Farber Cancer Institute researchers. The report, appearing in JAMA Surgery, is the first to identify the trend, which mirrors a trend seen in U.S. 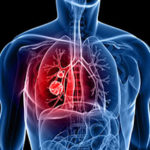