When prescribing newly approved drugs, physicians rely on data from clinical trials to understand the benefits and risks of those drugs for patients. But a study published in the Journal of Oncology Practice showed that for certain cancer drugs, participants in clinical trials are often not representative of the patients that ultimately take the drugs, raising questions about the direct applicability of trial data. 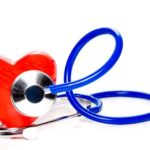