More than 10% of patients in a representative sample of US cardiology clinics were “inappropriately” taking aspirin for primary prevention of CVD; that is, their 10-year risk for CVD was less than 6%, according to a new study. 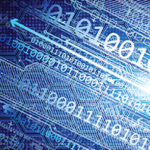