Among nonsmokers who had diabetes, those who took the diabetes drug metformin had a decrease in lung cancer risk, according to a study in Cancer Prevention Research, a journal of the American Association for Cancer Research,by Lori Sakoda, PhD, MPH, research scientist at the Kaiser Permanente Division of Research in Oakland, California. 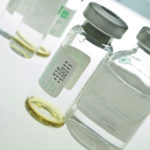