Patients with liver cancer can be cured with a liver transplant. But because of the shortage of donated organs, these patients often die waiting for a liver. That’s because most transplant centers predominantly use livers from donors who die from brain death. 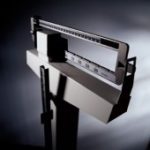 Metabolic syndrome prevalence is high in the U.S.