A large team of researchers with members from across the globe has found that an ingredient in popular cough medicines may help people with Type 2 diabetes. They have published a description of their research and their findings in the journal Nature Medicine. 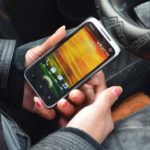