The latest in a string of candidate vaccines against the deadly Ebola virus was proven safe in an early trial in healthy adults in China, its developers said Wednesday. 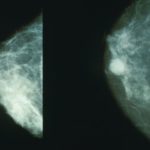