Gains in surgical proficiency in esophagectomy for cancer are associated with measurable improvements in short-term and long-term mortality results, a study published online ahead of print in the Journal of Clinical Oncology has shown.1

For this study, the researchers sought to identify the impact of surgeon proficiency in esophagectomy on short-term and long-term mortality for patients with esophageal cancer.

The researchers identified 1821 patients with esophageal cancer who underwent esophagectomy between 1987 and 2010 with follow-up until 2014 from a well-established, population-based nationwide Swedish cohort study. The procedures were conducted by 139 surgeons.

The researchers conclude their findings “indicate a need for structured national training and mentorship programs for esophageal cancer surgery.” 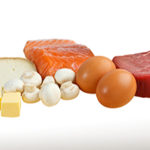