Use of neoadjuvant chemoradiotherapy (NACRT) before surgery among patients in the United States with rectal cancer has substantially increased over the past decade, according to a study published in Cancer.1

However, only approximately one-half of patients receive NACRT as standard therapy, possibly due to socioeconomic factors.

Researchers led by Helmneh Sineshaw, MD, MPH, of the American Cancer Society in Atlanta, Georgia, looked at 66 197 patients with American Joint Committee on Cancer stage II to III rectal adenocarcinoma through the National Cancer Data Base who were treated between 2004 and 2012.

Factors that were associated with a significantly lower possibility of receiving NACRT were older age, presence of comorbidities, larger primary tumor size, lymph node involvement, not being of non-Hispanic white race/ethnicity, lack of private insurance, and treatment at a facility that did not have a high case volume.

1. Sineshaw HM, Jemal A, Thomas Jr CR, et al. Changes in treatment patterns for patients with locally advanced rectal cancer in the United States over the past decade: an analysis from the National Cancer Data Base [published online ahead of print April 13, 2016]. Cancer. doi:10.1002/cncr.29993. 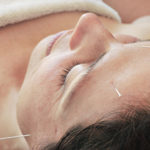