An international team of researchers conducted a cohort study of 308 297 nuclear industry workers from France, the United Kingdom, and the United States. The team linked detailed monitoring data on external exposure to ionizing radiation with death registries.

Mortality from all cancers excluding leukemia was estimated to increase by 48% per Gy, lagged by 10 years. Results were similar across all solid cancers (47% [18% to 79%]), and within each country.

These results suggest a linear relationship between an increase in cancer rates and increasing radiation exposure. 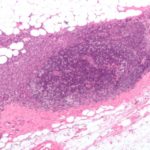