Sorafenib increases progression-free survival (PFS), time to progression, and disease control rate in patients with non-small cell lung cancer (NSCLC) whose disease has relapsed or in whom 2 or 3 previous treatment regimens failed, a study published in the Journal of Thoracic Oncology has shown.

NSCLC is the most common type of lung cancer. A number of treatment options are available for advanced NSCLC; however, the disease relapses after a period of clinical benefit or fails to respond to treatment in almost all patients. Further therapy is very limited after relapse or failure to respond to 2 previous conventional chemotherapeutic regimens.

An international team of investigators from 33 countries in Europe, North and South America, and Asia-Pacific conducted the MISSION (Monotherapy admInistration of Sorafenib in patientS wIth nOn-small cell luNg cancer) trial—a phase 3, randomized, double-blind, placebo-controlled trial comparing sorafenib plus best supportive care (N=350) with best supportive care (N=353)—to evaluate the efficacy and safety of sorafenib in the third- or fourth-line setting. Primary end point was overall survival (OS), and PFS and other measures were secondary end points.

“The improvement in PFS was modest and there was no improvement in OS, although an imbalance in posttreatment therapy may have played a role, with 56% of placebo patients and 44% of sorafenib patients receiving 1 or more posttreatment regimens,” comment Dr. Luis Paz-Ares, lead author on the study. 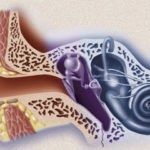 Venlafaxine May Have Activity in Taxane-, Oxaliplatin-Induced Acute Neurotoxicity