Overall survival (OS) is worse for men with castration-resistant prostate cancer (CRPC) metastases to the lung and liver compared with metastases to bone and nonvisceral involvement, a study published in the Journal of Clinical Oncology has shown.1

Prior research suggests that site of metastases is an important factor for OS in men with metastatic CRPC (mCRPC). The studies, however, used a limited number of participants; therefore, these researchers sought to investigate this impact using a greater sample of men.

For this study, they combined individual patient data from 8820 men with mCRPC who received docetaxel chemotherapy in 9 phase III trials. Metastatic sites were categorized as lymph node (LN) only, bone with or without LN (with no visceral metastases), any lung metastases (but no liver), and any liver metastases.

“These data may help in treatment decisions, the design of future clinical trials, and understanding the variation in biology of different sites of metastases in men with mCRPC,” conclude the researchers. 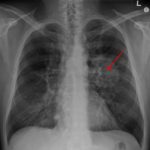