In a new Research!America survey a majority of Americans polled support Vice President Joe Biden’s ‘moonshot’ initiative, which proposes a tax increase to support additional funding for cancer research. Of those people polled, 50% agreed with the initiative, 38% disagreed, and 12% were undecided.

When the poll results were examined by political party lines, 67% of Democrats, 39% of independents, and 38% of Republicans support the proposal. (Approximately 1001 adult Americans participated in the survey, and the margin of error was +/- 3.2 percentage points.)

Among the stated goals of the White House Cancer Moonshot Task Force were to accelerate the prevention, early detection, treatment, and cure of cancer; improve patient access and care; to support and encourage development of cancer treatments; and to identify and address any unnecessary regulatory barriers to cancer research.

Led by the Vice President, the Task Force consists of numerous heads of executive departments, including the heads of the Department of Health and Human Services, the Food and Drug Administration, the National Cancer Institute (NCI), and the National Institutes of Health (NIH). A Task Force goal is to double the rate of progress in the fight against cancer.

Eighty-five percent of Americans polled feel that political candidates running for national office should give high priority to increased funding for medical research, and 78% feel Congress must make disease prevention a top priority. 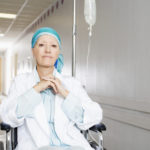