A new drug for the treatment of advanced (metastatic) pancreatic cancer received US Food and Drug Administration (FDA) approval.

The new drug, irinotecan liposome injection (Onivyde), is indicated for use in combination with fluorouracil and leucovorin to treat patients with advanced pancreatic cancer who have been previously treated with gemcitabine-based chemotherapy.

The National Cancer Institute (NCI) estimates 48,960 new cases of pancreatic cancer will be diagnosed in the United States in 2015, and almost as many deaths caused by the disease (40,560).

Pancreatic cancer is difficult to diagnose early, and treatment options are limited, especially in cases of metastatic disease and when resection is not possible.

The new drug’s effectiveness was demonstrated in a randomized, open label study of 417 patients with metastatic pancreatic adenocarcinoma whose cancer had grown after undergoing treatment with gemcitabine or gemcitabine-based therapy.

The most common side effects reported were diarrhea, fatigue, vomiting, nausea, decreased appetite, stomatitis, and fever. Lymphopenia and neutropenia were noted; in addition, death due to sepsis following neutropenia was reported. Labeling includes a boxed warning about severe neutropenia and diarrhea.

Marketed by Merrimack Pharmaceuticals Inc of Cambridge, Massachusetts, Onivyde is not indicated for use as a single agent for the treatment of patients with metastatic pancreatic cancer. 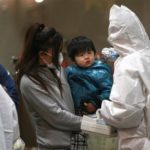