Decreased serum albumin levels may be significantly associated with an increased risk of venous thromboembolism (VTE) and mortality in patients with cancer, according to an Austrian study published in The Oncologist.1

Researchers led by Oliver Königsbrügge, MD, PhD, of the Medical University of Vienna in Austria looked at 1070 patients with active cancer and assayed serum albumin as part of the prospective, observational cohort Vienna Cancer and Thrombosis Study (CATS).

They assessed for risk for occurrence of VTE in a proportional subdistribution hazard regression model with respect to competing risk of death and adjusted for cancer site, leukocyte count, estimated glomerular filtration rate, and cholinesterase.

“Serum albumin, a marker of a cancer patient’s overall prognosis, could be considered for risk assessment of important clinical outcomes such as VTE and mortality,” the authors concluded. 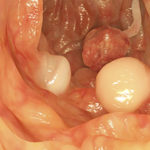 Risk for Colorectal Cancer at a Younger Age Higher in Racial, Ethnic Minorities